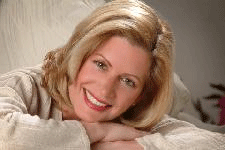 RoseMarie is a lyric spinto soprano whose talents as a vocalist and actress have led to performances ranging from opera and musical theater to recital and oratorio performances.  Ms. Peraino performed in concert as a member of the exciting new 7 Sopranos ensemble in the Washington, D.C. area.  She has appeared as back-up singer in concerts with Barbra Streisand at Madison Square Garden in N.Y. and with Barry Manilow at the Sony Blockbuster Entertainment Center near Philadelphia.   RoseMarie was the featured soloist for several concerts with the acclaimed musician, Mr. Bob Ralston from the Lawrence Welk show.