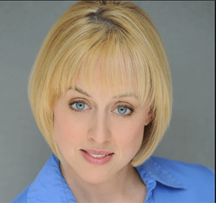 Sarah has been doing theatre since age 6! Starring in roles such as “Tiny Tim”in Scrooge, age 8 at the Youngstown Playhouse in Ohio and “Annie Warbucks” in Annie, age 10 at the Westminster Choir College in Ohio. The best thing her parents did was move to New Jersey in 1985, bringing her closer to the heart of Broadway. Performing in all the High School Spring Musicals, All South Jersey Choir, All State Choir, Spirit of Philadelphia, as WMMR’s “Sandy Beach”, she then moved to NYC where she was cast as one of the original “singing waitresses” of Ellen’s Stardust Diner! Pounding the NYC pavement to be a “Broadway Baby” she traveled with an Off-Broadway show called Pomp Duck & Circumstance to Germany and Atlanta, GA during the 1996 Summer Olympics.  Returning to her home town, she got married and was truly blessed with “my 3 sons”!  Growing within the church she felt it was important to also devote her voice back to God.   She started singing for 3 different parishes which included singing for over 100 funerals and over 20 weddings a year.  This enabled her to work with multiple string quartets and gave her the opportunity to sing at venues such as the Cathedral Basilica SS Peter & Paul in Philadelphia, St. Augustine’s, La Salle University  and all over the Tri-State area.  She was also a member of the Great South Jersey Choir and the Diocesan Choir where she was a soloist in Bach’s “Magnificat” at the Basilica National Shrine in Washington, D.C.   While singing for funerals and weddings is very special to her,  her true passion lies in musical theatre.  Most recently seen at the Walnut Street Theatre in Philadelphia, PA in Elf, Good People, The Music Man and Love Story.  Three of her favorite roles to date were “Betty” in The Great American Trailer Park Musical,  “Diana” in the Tony Award winning musical Next To Normal and “Eva Peron” in the 4 star production of EVITA  at the Ritz Theatre Company. Other roles during her run at The Ritz Theatre Company in Haddon Twp, NJ include,  “Millie Dilmount” in Thoroughly Modern Millie and “Velma Von Tussle” in Hairspray. Also taking on the role of “Sister Amnesia” in The Broadway Theater of Pitman’s production of Nunsense and “Cassie” in their production of A Chorus Line!  Her most recent adventure was when she opened the Cherry Hill Performing Arts Center in April of 2015! Sarah continues to write, direct, perform & teach! Recently writing, directing & choreographing two original Christmas productions for the Broadway Theatre of Pitman. (Once Upon A Christmas Dream 2016 & One Unforgettable Christmas 2017) She also teaches general music for 2 private schools, Pre-K to 8th Grade and runs their Musical Theatre Programs!  Did we mention she teaches private voice lessons and provides college prep classes. Oh and she’s a Licensed Real Estate Agent and a MOM of 3 boys & 3 dogs!   We hope you enjoy this website and we are looking forward to hearing from you!  Sing. Dance. Act. Dream